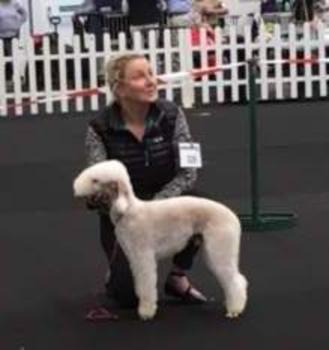 CH. Patchwork's Luck of the Draw 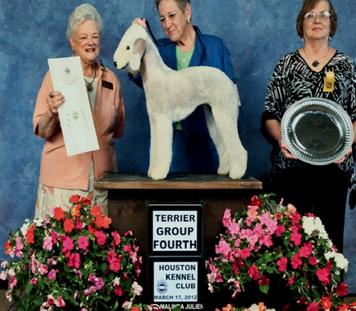 of KyFo at Patchwork CGC.

With a Special thanks to all of our co-breeders

These dogs have non-allergenic coats for those who suffer with allergies, such as myself. Basically, dogs have two types of coats: shedding and non-shedding. A shedding coat would be one like a Labrador, straight short stiff hairs. It is the dander that is produced from continuously shedding hair, which really bothers certain people. A non-shedder, such as a Bichon or Bedlington, has a softer curlier type of coat that we call a double coat. However it will require frequent grooming due to the fact old hair is intertwined with new growth causing it to matt.

We check eyes, which refers to CERF. Testing, on all of our dogs which we intend to breed. Most hereditary eye problems are Premature Cataracts or Detached Retinas. These are the most common eye disorders which can be carried in this breed as well as some other breeds. This is why careful screening is important in a breeding program. The Copper Liver disease at one time was prevalent in this breed. But with the coming of DNA testing, it has made it easier for breeders to test dogs before breeding. Once you have a clean, normal bloodline; in most cases, you would not need to test when breeding a clear dog to another clear dog. With our pedigrees, we want healthy dogs. This is our future generation of show dogs and life-long members of the family.

CH. Rhicullen's Amber at Twilight of KyFo at Patchwork CGC, is continuing her family heritage. She is the only American Bedlington, to be entered in the United Kingdom's Top Dog Registry. This will qualify her for the World famous Crufts dog show in England, forever. Amber has won 2 Best In Shows in Europe, to get her career off to a good start. She finished all of her titles by 13 months old. Amber is out of CH. DeJeune Rhapsody in Blue (sire) and CH. Patchwork's KyFo Manor Blue Rose (dam). Both of their parents go back to English imports. 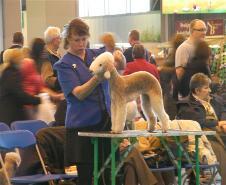 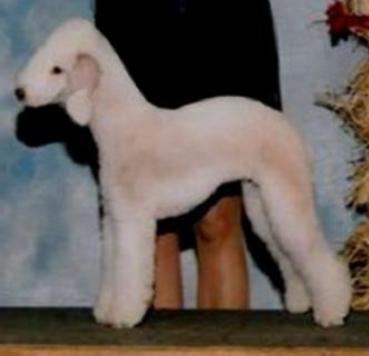 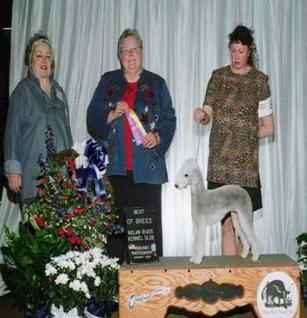 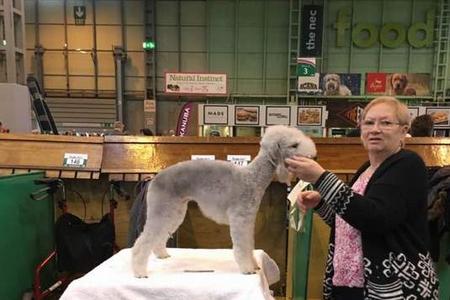 It's all in the family. 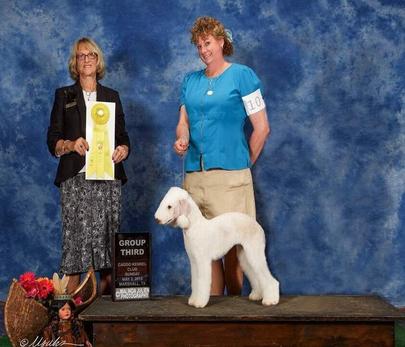 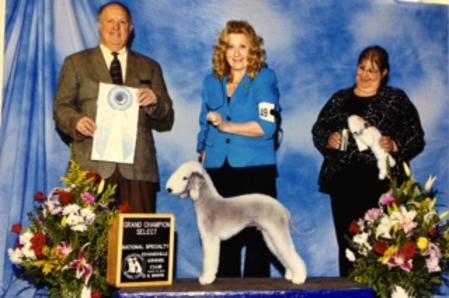 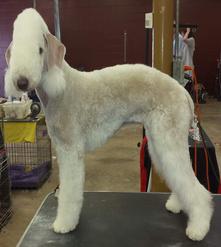 Patchwork'  Is the winner of the open division , grooming competition in Dallas

This is Amber winning her class at

Crufts. She has an English clip. 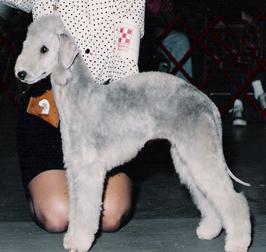 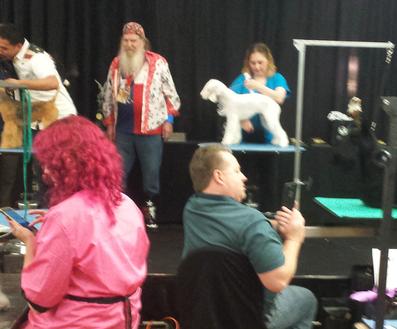 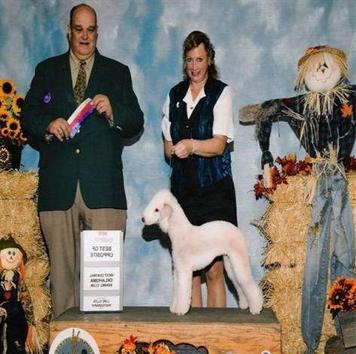 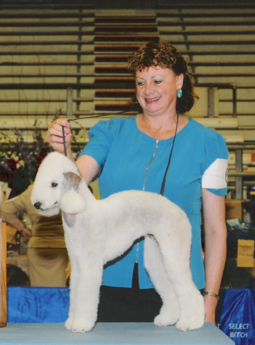