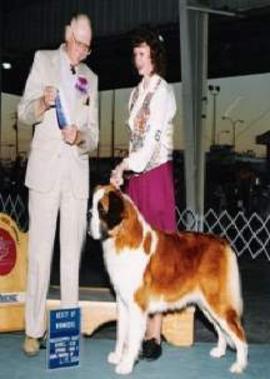 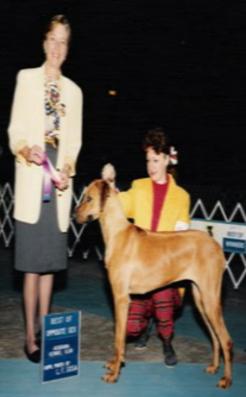 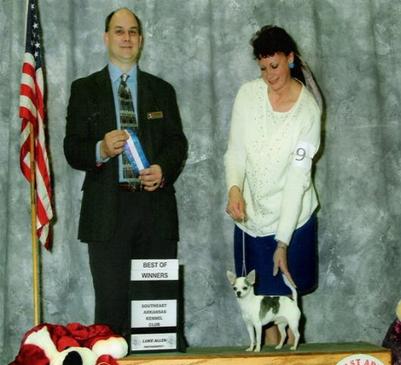 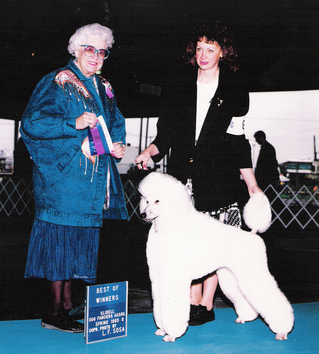 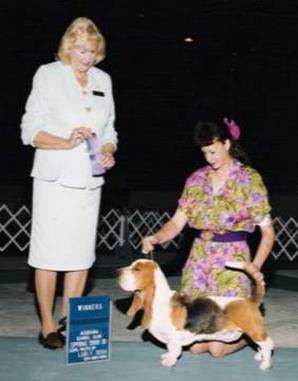 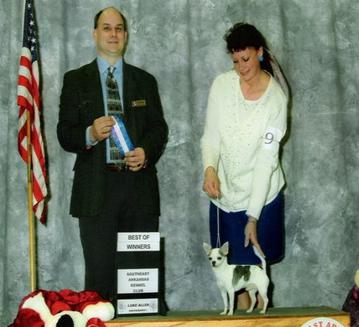 Barbara Lundy, agent code 0031, has shown dogs for
over 40 yrs. From Chihuahua's to St. Bernard's. She
handles most breeds for show. Traveling through-out the
US and Europe as well. She has handled her own # 2
Bedlington and top # 10 winning Bichon.

Fees include travel expenses, boarding, grooming
and handling. Fees vary according to the breed of dog
as well as show location.

Many dogs for celebrities and stars, such as Bill Cosby's
dog "George", have visited our K9 camp.
This Lakeland Terrier, "Blackwatch Gorgious George",
shown here, is also co-owned by Jean Heath and Lucy
Heyman 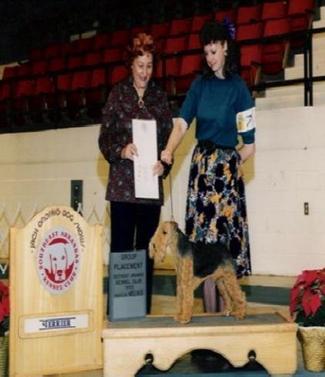 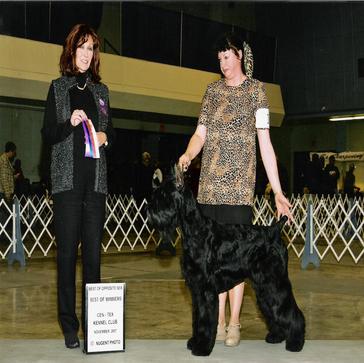 by Dick McCarty of Marshall,Tx. 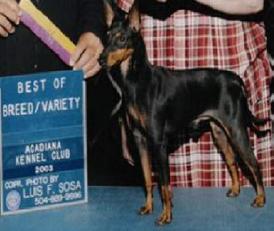 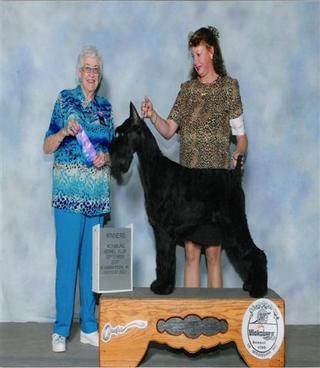